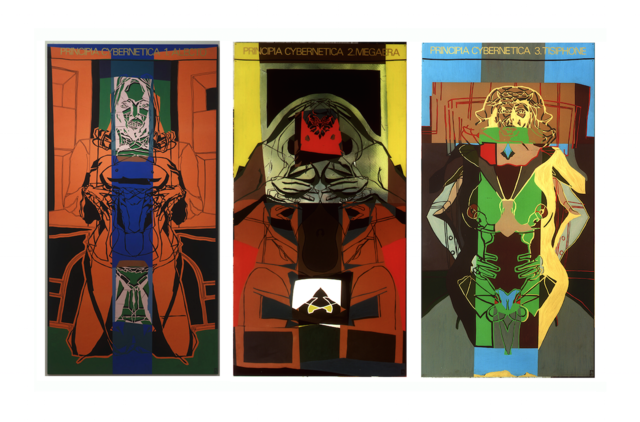 "As a result of the unstoppable, ever growing presence of computers and the powers that are attributed to them, the academic world starts to think about a Principia Cybernetica, analog to the Principia Mathematica. At the V.U.B. in Brussels a team of researchers tried to built a system of cybernetic philosophy related to epistemology (1), metaphysics (2) and ethics (3), concerned about the highest human values. Alecto, Megaera and Tisiphone are Erinyen (Moirai), like furies and Gorgons they are instruments of divine revenge for human mistakes. They impersonate human conscience that at first defends and prevents, then judges and destroys. When revenge goddesses become Moirai they more specifically deal with "fate"."