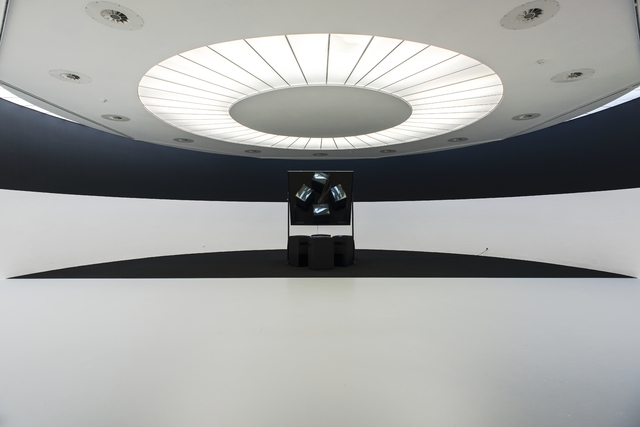 "From the series L’Age d’or: these are drawings of Danny Devos that I needed to make Videoklok (Videoclock). I drew Danny at home in twelve different phases. He was tied up in such a way that, together with a stick, his legs formed a triangle. One drawing for each hour of the clock.

In each of those stages, I incorporated an image of the consecutive numbers, from one to twelve, interpreted by cabbala and tarot. It has to do with the myth of Prometheus, in which the liver of a young man who is tied to a rock grows every day, after being eaten by an eagle. The work is about life fire, the act of drawing, digitalism, old gnostic interpretations of the geometries in the universe."