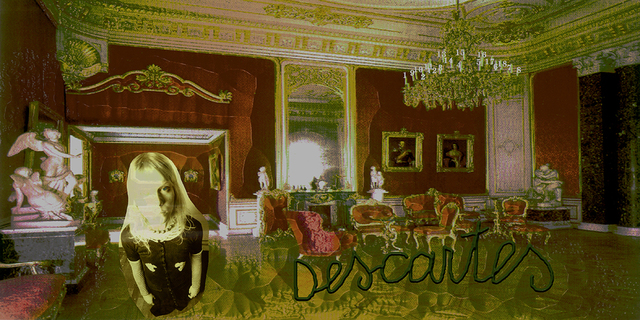 "Every Filosofische ruimte is a computer interpretation of an existing interior, in which I redefine the visual aspect according to the philosopher's mental impact. The name becomes a presence in space in the form of a word. I made my first Filosofische ruimte, Descartes, in 1998. Then Spinoza and Leibniz. Each space is given a different appearance, based on the philosopher's theory. It is me, the avatar, who welcomes the specific theory in an interior that is adapted to the circumstances. I take the liberty of drawing a very precise connection between each philosopher and my own personal evolution as a thinker."