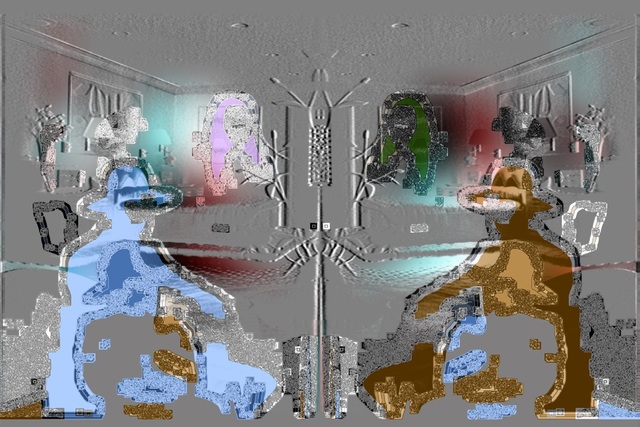 Transkamer was the title of the first production of the artist collective FERDNND, founded in february 2014. The concept of the performance was conceived by Louis Van der Waal, Mauro Pawlowski, Sigrid Damen, Anja Perisic, Céline Felga and AMVK.
Originally Transkamer was born out of their shared fascination for all-round artist Roland Topor. His novel Le Locataire chimerique (The Tenant), 1964, was the starting point. The main character, a timid young man, moves into the apartment of a woman who has just jumped out of the window. The man is driven to despair by the bullying of his new neighbours.
The piece also found inspiration in the images of the Chilean filmmaker and comic book author Alejandro Jodorowsky with his chaotic universe of Christ figures, alchemists and circus artists.
As a background to the performance, AMVK designed this ever-playing slide cycle.