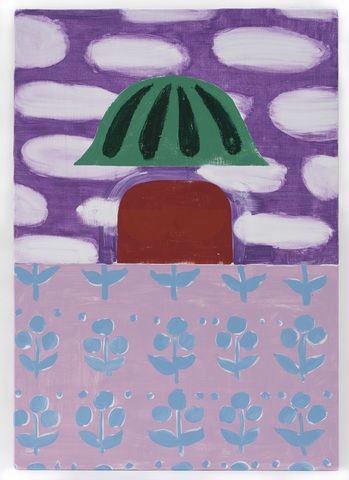 Dymphna is interwoven with Christianity, from her secret baptism by her confessor and confidant Gerebernus, to the care for the poor and needy and the hermit's residence to which she emigrates. She is therefore also accompanied by the book. But actually, her spirituality is enclosed in a short, steadfast answer: 'no'.

In the European Middle Ages, spirituality stands for the spiritual, as opposed to the physical and sensory side of life. Spirituality represents 'the heavenly sphere of light versus the dark world of matter'. Spirituality in the broadest sense relates to matters concerning the mind. The word is used in many ways and there can be connections to religion or supernatural powers, but the emphasis is on the personal, inner experience. In a strict sense, the word indicates consciousness, or the human inner being that sees its origin in a divine or other transcendence, or in relation to a higher or endlessly larger reality. Spirituality is a special, but not necessarily confessional, take on life by a human being concentrating on transcendent truth or the highest reality.

It's in the Saint Dymphna Church – the translation of a legend into a possibility of faith within a public building – that contemporary art introduces proposals that testify to man's tendency to feel part of the value of a greater reality. This happens in front of the relics of Dymphna and Gerebernus. Not only the primary relics of their bones, but also the secondary relics: the fragments of the sarcophagi in which the bones supposedly once were preserved.  Around the former, there's a thirteenth-century reliquary with angels that is stored in a late Gothic casing figuring seven painted panels with scenes from the life of the saint.

With her enigmatic title image, Nel Aerts sets the tone for a series of artistic interventions that create space. The core of the body can serve as a starting point, like in the works by Dmitry Gutov, Sofie Muller or Johan Tahon, but Aerts also looks for broader connections. The smallest gesture contains the largest one, as is evident with Edith Dekyndt, Rita McBride or Guy Mees. And art can focus on essential experiences and their possibilities of giving meaning:  light, in the works of with Róza El-Hassan and Nazanin Fakoor; colour like in those of Alfons Hoppenbrouwers and Philippe Van Snick; height (Vadim Fishkin); time (Suchan Kinoshita and Jacqueline Mesmaeker). And finally language as an experience (leaving behind the mind and) going for a broader meaning, such as in the works by Bia Davou, Evgeny Granilshchikov, Mary Ellen Solt and Where Dogs Run.

For Middle Gate II, Guy Rombouts creates a work that he considered for the first Middle Gate: a hat alphabet. It has become a silent work, spread over the church's prayer chairs, with  each of the letters of the alphabet getting its own hat, folded from a blank sheet of paper that was once destined for the Geel newspaper.

Guy Rombouts
Evaporation of the Constitution, 2017

Edith Dekyndt
But, for true need - You heavens, give me that patience, patience I need. “Or in a nutshell Patience”, 2013