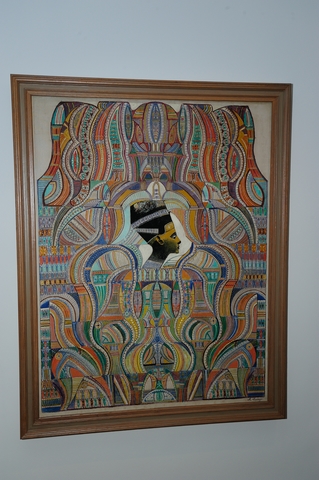 The miner August Lesage is widely regarded as one of the most important artists in the outsider art. Like many before, Lesage was fascinated by Spiritualism, which was on the rise in France. He read the Spiritualistic books of Léon Denis and regularly attended séances. Lesagne claims that voices (amongst others the voice of his early deceased sister, Marie) moved him to paint. Lesagne is recognised as of 1952 and able to stop working in the mines and dedicate himself fully to painting.

Lesage produced a surprising amount of highly detailed paintings. Partly due to their size, his works are characterised by a strong sense of monumentality. Typical for this work is the symmetrical around a central axis; geometrical shapes in horizontal lines which make you think of hallucinogenic masks.