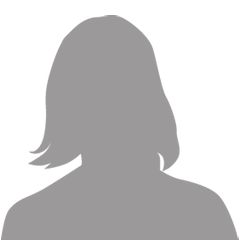 Wafae Ahalouch el Keriasti (°1978) is born in Tangier, Morocco, but lives and works in Amsterdam. According to Ahalouch el Keriasti, what she attempts is to “expose serious issues that deal with family, religion and society, without being offensive”. This concern goes beyond her artistic practice alone, because her dream is to set up a school for art education in Morocco sometime in the future, geared specifically towards women.

Because her childhood was not spent in her native country, she is able to express her social and religious viewpoint in imagery that is not confined to the Moroccan. She reveals her personal viewpoint of an increasingly alienating world through her drawings, murals and installations. Her pieces are primarily composed of flowing, black lines, reminiscent of the black and white prints found in colouring books. At the same time, however, she juxtaposes the storybook print she uses with images that depict the harsh realities of life. She appropriates visual material from the media and uses it to respond to how daily life evolves around us. By letting as much detail as possible fall by the wayside, she reduces her work to its essence. The way in which she distils her abstractions into uncomplicated black and white motifs testifies to her tremendous mastery of graphic design, which she in turn couples with her mastery of the psychological content of her work. These combined elements allow her to use the circus world as a comprehensive metaphor for the complexities of daily life, where all the acts on stage become blown up versions of society's framework of values and norms.

The intense emotions subtly expressed by Ahalouch el Kerasti play out on the broader stage of what it really means to be human: love, betrayal, faithfulness, sorrow, temptation and attachment.